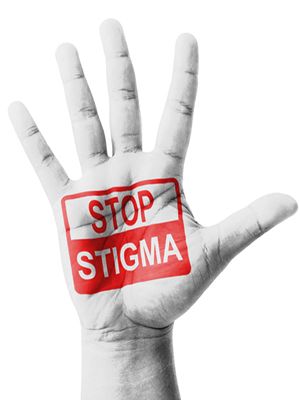 Myth: Epilepsy is Congenital. People will pass it onto their children.

Fact: While some people are born with Epilepsy, others develop it later in life. Anyone can develop Epilepsy at anytime.

Myth: There is only one type of seizure, a Convulsion. If the person having a seizure isn’t showing signs of Convulsions, than it isn’t a ‘Real Seizure.’

Fact: There are more than 40 Different Types of Seizures.

Myth: During a seizure you can swallow your tongue

Fact: It is impossible to swallow your tongue during a seizure.

Myth: During a seizure, it is necessary to restrain the individual, so to prevent them from hurting themselves.

Fact: You should never restrain a person during a convulsive seizure.

Myth: People with Epilepsy have been Spiritually Possessed

Fact: Although most people have long recognized that Epilepsy is not a form of possession, some cultures still recognize this. Epilepsy is a medical condition affecting the brain that causes a person to experience recurrent seizures.

Fact: In 2015, 1.2% of the US population had active epilepsy. This is about 3.4 million people with epilepsy nationwide. 56% of Adults living with Epilepsy still experience seizures despite medications. There are more than twice as many people with epilepsy in the US as the number of people with cerebral palsy (500,000), muscular dystrophy (250,000), multiple sclerosis (350,000), and cystic fibrosis (30,000) combined. Epilepsy can occur as a single condition, or may accompany other conditions affecting the brain, such as cerebral palsy, Autism, Alzheimer’s, and traumatic brain injury.

Myth: People with Epilepsy are less intelligent, have neurological disabilities and developmental delays

Fact: Epilepsy itself typically does not lower intelligence. People with epilepsy on average have the same level of intelligence as those without epilepsy. However, medications as well as uncontrolled seizures can make for excessive drowsiness and fatigue.

Fact: They often can – and they do. Most professions can accommodate a person with epilepsy.

Fact: Epilepsy is not contagious. It cannot be ‘caught’ by coming into contact with someone who has had or is having a seizure.

Myth: People with Epilepsy are Violent.

Fact: During and immediately following a seizure, a person may appear disoriented, frightened, confused, angry or combative. Violence and aggression have not been directly linked to Epilepsy.

Myth: People with Epilepsy are Mentally Ill, and Emotionally Unstable.

Fact: Epilepsy is an umbrella term covering many types of seizure and epileptic disorders. It is a functional, physical problem, not a mental one, and it has many unidentifiable causes.

Myth: Women who have Epilepsy Can’t and Shouldn’t get pregnant.

Fact: Epilepsy does not generally affect a woman’s ability to conceive. However, if women are taking anti-epileptic drugs, the risk of birth defects ranges from 2% to 10%.

Myth: Seizures are Always a Medical Emergency, and you should call 911.

Fact: Seizures are Most Often NOT Medical Emergencies, and an ambulance is not always required. You should call 911, however, if a seizure lasts 5 minutes or longer, or repeats one after another without the person regaining consciousness in between.